Learning to Cherish My Relationships With Women 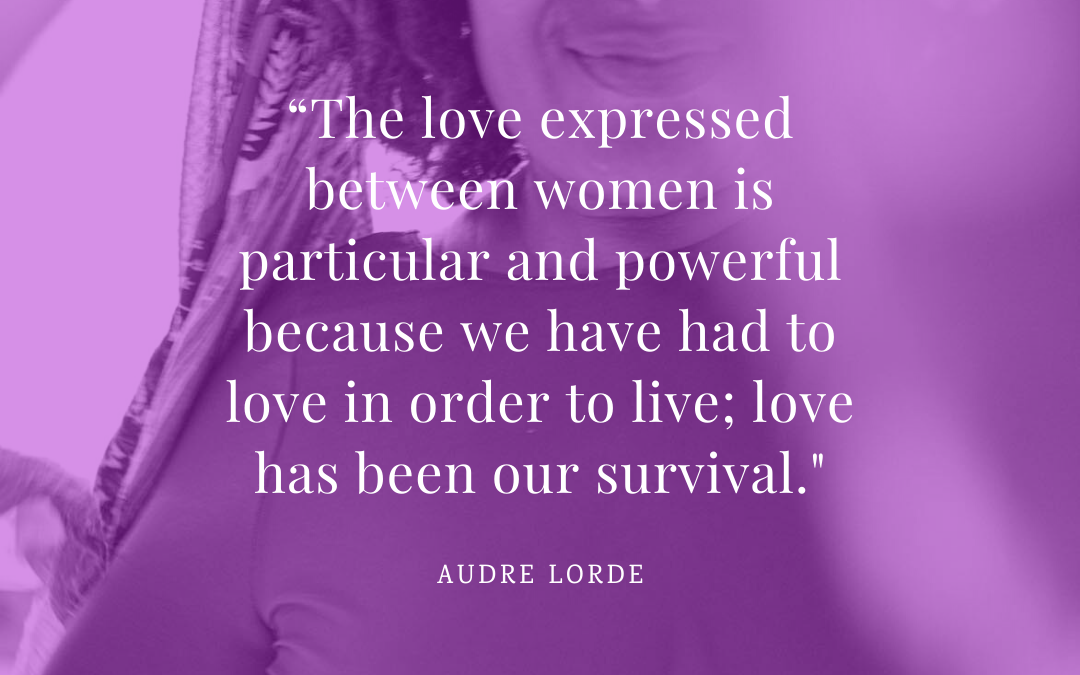 I used to think I preferred the company of men.

Then I realized those relationships were mostly about sex and men having access to my body. I had consented to those kinds of relationships and they were mostly fine when I was a teenager, but as a young mother, I didn’t have time for that shit.

I knew women, some of whom I considered friends. But something about those relationships with women always felt unnecessarily competitive. I’m sure we’d all received the same messages about other women being petty, catty, and mean.

It wasn’t until I moved to a state where I didn’t have any long standing friendships that I started to really appreciate my friendships with women. In fact, I learned to appreciate all the ways women showed up for me.

When I was stressed out about having to go to California to finalize the divoice that I had thought to be final. The court had scheduled a hearing, in the middle of the work week, for which I needed to be present. I was new in town and my kids weren’t old enough to leave alone — and I had no idea what to do.

The stress was heavy and affecting my work, so one day my badass boss pulled me aside and asked what was going on. “You are not alone,” she said. “You might not consider us friends, but we are part of your community and we care about you. But we can’t support you if you don’t ask for help.”

And then she proceeded to rally the team to support me getting the thing done.

The neighbor who became one of my best friends when I first moved to Arizona. This was one of the first true friendships I had that wasn’t a coworker or colleague in some way. We talked about everything and I could always count on her for her honest opinion — whether I agreed or not. We fell in love over our love of Radiohead and our shared single mom experiences.

And she shared so much more with me: Food, cash, her car… It was she who showed me that friends sometimes have to make dates with each other if they want to maintain the friendship.

Being a yoga teacher and being surrounded by women constantly really taught me to appreciate my relationships with women. There was so much girl power and so little negative competition that I truly learned to love the girl gang. The young women often looked to me as a mentor and the older women treated me like a peer, while sharing their wisdom freely.

There was a particular group of women whose interests and lifestyle intersected with my own. What started with one of us hosting a wine and cheese party turned into years of friend dates and get togethers. Long chat threads about whatever we were going through at the moment.

Now I have more friends who are women than men. I cherish these relationships based on our mutual womanhood and supporting each other. I’ve even learned to appreciate my older friendships: The ones that waned with time and distance.

The women in my life are artists and mothers. They’re warriors and lovers. They are business people and technologists. Some are wise and others act like fools. Some are good for deep spiritual and philosophical conversations; others are good for a ratchet sex talk.

They’re all compassionate badasses whose presence makes a difference in my life and the lives around them. Not to mention the aunties and other family matriarchs… All of them goddesses in their own rite.

How do you cherish the relationships with the women in your life?